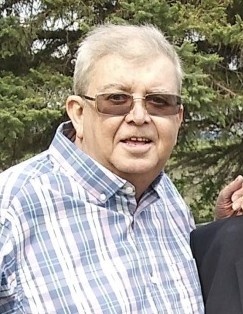 Ronald Lillestol was born April 12, 1955 to Duane and Arlene (Friskop) Lillestol.  He attended DeLamere School from 1-6th grade, then Wyndmere Public Schools, graduating in 1973.  He was active in band and FFA, twice attending National Conventions.

Ron attended Brown Institute Radio School in Minneapolis from 1973-1974.  After completion he worked at radio stations in Oakes, ND and Laramie, WY.  He later moved to Wahpeton and worked at Imation and Minn-Dak.  He was an avid Twins and Vikings fan, and also enjoyed bowling and All Star Wresting when he was younger.

He was preceded in death by his mother Arlene, sister, Carole Vigen, brother-in-law, Lynn Groen, and his grandparents George & Gena Friskop and Jacob & Gina Lillestol.

To order memorial trees or send flowers to the family in memory of Ronald "Ron" Lillestol, please visit our flower store.