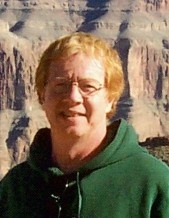 Scott C. Sorum, 52, of Wahpeton, ND, passed away on Tuesday, October 15, 2019 in Breckenridge, MN. Visitation will be on Saturday, October 19, 2019 from 1:00 PM to 2:00 PM followed by his memorial service at 2:00 PM at Vertin-Munson Funeral Home in Wahpeton.  Pastor David Kuhfal will officiate the service.

Scott Craig Sorum was born to Albin & Marian (Barringer) Sorum on July 12, 1967, in Breckenridge, MN. He attended Breckenridge High School and graduated in 1985. He furthered his education at NDSCS and later transferred to Moorhead State obtaining his Bachelor of Arts in Communication.

He utilized his degree at various locations, some of them being KBMW, KFGO, and WDAY, working on the air as their radio personality. Became Sports Director for the Daily News Wahpeton Breckenridge, and then made his way to Fargo where he worked for KFGO and US Bank. Later worked at Minn-Dak until becoming ill. Scott made numerous friends at all the places he was employed at. If he had any free time available, he loved to spend it being involved in the community. He hosted “Wild Game Night” at the Chahinkapa Zoo with one of his most favorite competitions being the “Dating Game.”

Scott was a devoted sports fan with his two favorite teams being the Boston Red Sox and the Minnesota Twins. If they happened to be playing against each other, you would probably find him watching the game in a Red Sox jersey with a Twins cap.  Over the years Scott had collected sports memorabilia from coins to cards.  He was passionate about sports and the way it brought people together. He was also passionate about theatre and even played in a few acting roles including Straw Hat Players at Moorhead State.

His witty personality and giving heart will be missed dearly by all his loving family and friends.

Scott is preceded in death by his grandparents, Syvert and Alma Sorum and Dighton and Ethel Barringer; and, several aunts, uncles, and cousins.

In lieu of flowers, please make donations to Pancreatic Cancer research through the Pancreatic Cancer Action Network at pancan.org/donate, or through the mail at 1500 Rosecrans Ave., Suite 200, Manhattan Beach, CA 90266. If you would like to be notified of these memorial donations, please let us know by emailing donorrelations@pancan.org or calling 877-272-6226. Scott's Memorial Folder
To order memorial trees or send flowers to the family in memory of Scott Sorum, please visit our flower store.