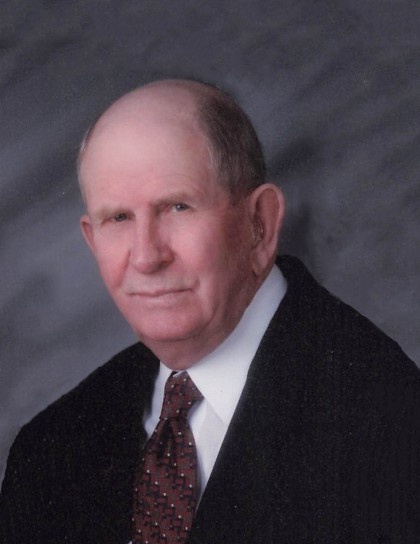 Sen. Russell Thane, 94, of Wahpeton, ND, passed away on Tuesday, November 10, 2020 at St. Catherine's Living Center in Wahpeton.  Visitation will be held on Tuesday, November 17, 2020 from 9:00 AM to 11:00 AM, followed by his funeral service at 11:00 AM at Vertin-Munson Funeral Home in Wahpeton.  Burial will be at Fairview Memorial Gardens.  A live stream of Russell's service will be available on the funeral home's website. In lieu of flowers, donations can be made to the Red River Human Services Foundation.

Russell Talcott Thane was born on July 14, 1926 in Denver, CO, to Joseph and Bernice (Steere) Thane.  His family moved to a farm northwest of Wahpeton, ND, in 1938 where he grew up and graduated from Wahpeton High school.  After graduation, he attended college at North Dakota State College of Science in Wahpeton, North Dakota State University, and the Rutgers University Eagleton Institution of Politics. Russell enlisted in the U.S. Air Force and served during the Korean War.

In April of 1952, Russell was married to Betty Chowning in Amarillo, TX.  The couple were blessed with two children, Ronald and Kathleen. When Kathleen passed away, Russell and Betty took on the responsibility of raising her two children, Hunter and Mason.  After his honorable discharge from the service, he returned to Wahpeton where he farmed with his father and brother, and later with his brother and son, ultimately retiring in 2006.  Russell was also a private pilot, and he enjoyed his many trips to Canada, Texas, Mexico, and several other places.

Beginning in 1970, Russell served as a State Senator from the 25th district for a total of 36 years.  He served on the Appropriations Committee and as the Chairman of the Human Services Committee for two terms. He also sat on the board of directors of the Red River Human Services Foundation for a number of years.

Russell was a member of the American Legion, the Masons, the Kiwanis Club, the Shriners, and many other fraternal and civic organizations. He received many distinguished awards, including the Board of Directors Red River Valley Sugar Beet Growers Association Service Award, the Meritorious Service Award from the City of Wahpeton, the Distinguished Service Award from Red River Human Services Foundation, and an Honorary Degree from NDSCS in 2005.

Russell is survived by his son, Ronald, and his grandchildren, Hunter and Mason.

He was preceded in death by his wife, Betty; his daughter, Kathleen; his parents, Joseph and Bernice; and his brother, Joe.