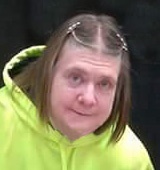 Sheryl was born October 13, 1952 in Jamestown, ND, the daughter of Herbert and Violet (VanWinkle) Sissell. She attended school in Jamestown and received her bachelor's degree in Psychology from Jamestown College. She was employed at the State Hospital for some time and Alpha Opportunities, where she worked until she became disabled. She was also a volunteer for the Safe Shelter in Jamestown for many years. She played on a dart league and pool league with family and friends and also enjoyed singing karaoke.

In 2009, after the passing of her mother, she moved to Wahpeton to be closer to her children and grandchildren. She spent her time helping with her grandchildren, playing bingo and going to the casino. In 2012, she was diagnosed with cancer and underwent many surgeries and treatments. Each one came with their challenges but she persevered and fought through them all and remained cancer free for almost five years before her passing.

She is survived by: her son, Chad Sissell, Wahpeton, three daughters, Carrie Lusby, Wahpeton, Tara (Abdoulaye) Dieng, Moses Lake WA, Alicia Dinh, Wahpeton, a step-son Joe (Stacey) Logsdon, Rosenberg, OR, whom she always thought of as her own, her sister Lois Klose, Mandan, ND, fifteen grandchildren, three great-grandchildren, two nieces and many children she adopted along the way.

She was preceded in death by her father, Herbert Sissell, her mother, Violet Sissell, her aunt Eldora Williams, her grandfather, Opha VanWinkle, and grandmother Alice Schulz.