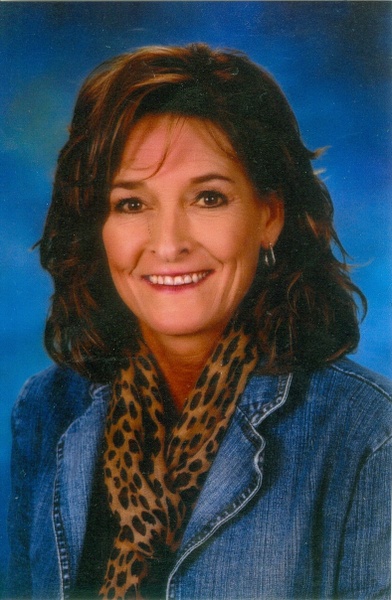 Susan Marie Gilles, age 50, of Wahpeton, ND passed away on Friday, May 12, 2017 at the University of Minnesota Medical Center in Minneapolis, MN. Visitation will be held from 5:00 pm to 7:00 pm, followed by a 7:00 pm prayer service on Friday, May 19, 2017 at Vertin-Munson Funeral Home, Wahpeton. Visitation will continue from 1:00 pm to 2:00 pm, followed by the funeral service at 2:00 pm on Saturday, May 20, 2017 at the funeral home. Burial will be at Fairview Memorial Gardens followed by lunch at St. John's Catholic Church, Wahpeton. Arrangements are entrusted to Vertin-Munson Funeral Home, Wahpeton.

Susan Marie was born on January 7, 1967 to David and Lillian (Mustad) Sylvester in Waukesha, WI. A short while later, her family moved to Wahpeton, ND where Susie grew up and attended school, graduating from Wahpeton High School with the class of 1985. After high school, she worked a short while at St. John's Daycare in Wahpeton.

Susie married Kelly Gilles on December 12, 1987. They made their home on a farm south of Wahpeton, and together had three children, Sydney, Cole and Beau. Susie stayed at home to take care of her children and eventually started her own daycare, watching many of the neighbor's children. She later moved back into Wahpeton and worked for the Wahpeton Public Schools as a paraprofessional taking care of special education students. Susan was engaged on Thanksgiving in 2014 to Dean McKinnon.

Susie loved her three children and her dog, Buddy. She enjoyed all kids in general and would often cook for her family and tell them to invite all of their friends over to eat as well. She followed her children around to all of their sporting events and could always be seen wearing her Huskie purple.

Susan is survived by her parents, Dave and Lil; her fiancé, Dean; her children, Sydney (Adam) Mandour, Cole and Beau; her brother, Steve (Tracie) Sylvester; and her nephews, Brodi, Briar and Bridger.

She was preceded in death by her paternal and maternal grandparents.