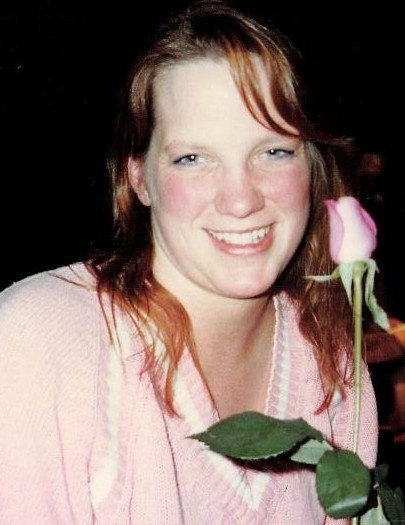 She was born on August 13th, 1968, to Allison “Buzz” Krimbill and Zorada Krimbill in Saint Paul, MN. Susan was a fast traveler who lived in many places around the States. She moved from Minnesota to South Carolina, to North Dakota, down to Texas, then to a small quiet farm in Wagner, SD, and eventually settling close to family in Hankinson, ND

Susan loved the experience of interacting with the people around her. She found herself later in life as a farm girl raising a variety of animals including; chickens, ducks, peacocks, racoons, cows, alpacas, sheep, and last, but not least, buffalo. Her love of animals was boundless and evident in her lasting stewardship of many cats and dogs.

Susan loved to go on shopping sprees and was more than happy to spoil everyone around her, especially her children and grandchildren.

She is survived by her husband; Michael, of Hankinson, ND; brothers, Mark (Diane) of Volga, SD, and Michael, of Pelzer, SC; two children, Samantha (Cody) Nuenthel, of Grand Forks, ND, and Justin Manning of Wahpeton, ND; and two grandchildren, Haylee Manning-Manock and Jett Nuenthel. She is also survived by many step family members who she loved and cherished.

In lieu of flowers, please make donations in Susan’s name to the Pink Ladies of Wagner, SD for all the help they provided Susan. Donations can be made by check made out to “Wagner Pink Ladies.” Please mail the checks to 39606 295th St, Wagner, SD 57380. Please dress in pink colored clothing or NDSU attire in remembrance of Susan’s favorite styles. Susan's Memorial Folder
To order memorial trees or send flowers to the family in memory of Susan Krimbill-Wischnak, please visit our flower store.