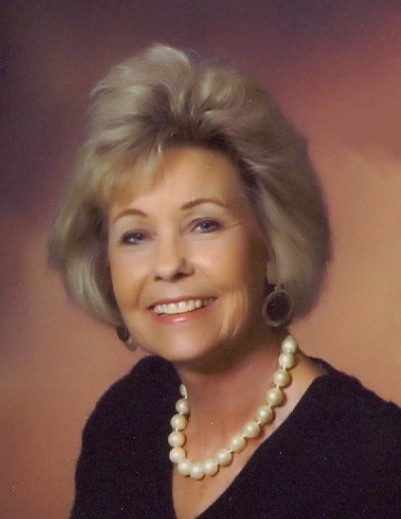 In lieu of flowers, memorials can be made to St. John’s Catholic School in Wahpeton.

Susan Kay Caspers was born November 3, 1953, the daughter of Roger and Lillian (Reiff) Berseth. Sue grew up in Wahpeton, ND, where she attended St. John’s Elementary School and Wahpeton Senior High. She was involved in an active summer swim team in Wahpeton and excelled in the butterfly. With her blonde hair, blue eyes and great personality she made a perfect summer lifeguard and worked summers at the Wahpeton Dairy Queen. She graduated from Wahpeton High School in 1972 and attended NDSCS where she graduated in Dental Hygiene.

Sue married Craig Caspers on June 7, 1974 at St. John’s Catholic Church in Wahpeton. The couple moved to Aberdeen, SD, where Sue worked at a dental firm in Leola, SD, and Craig attended Northern State College. Sue later worked for a dental firm in Aberdeen until they returned to Wahpeton, ND, in 1977. In Wahpeton, Sue started working at Caspers Furniture where her husband also worked. She discovered her talent as an interior decorator and had an excellent personality to assist customers. She enjoyed going into the customers’ homes and helping them select drapes, carpet, furniture or just a picture to make their home more enjoyable. She continued to work at the furniture store and raise their two children as her husband attended U of M in 1986 and 87, where he obtained his Mortuary Science degree. Together they owned and operated Vertin-Munson Funeral Home in Wahpeton for many years. She brought the same helping attitude to the Funeral Home where she always made sure the interior was spotless and the families were attended to. Sue retired in 2015.

Sue was a member of St. John’s Catholic Church where she was involved in the church circle. She was also involved in the Wahpeton Chamber of Commerce and was a member of Sons of Norway and the Shady Ladies Homemakers Club. She was proud of her Norwegian heritage which was taught to her by her grandfather, Albert Berseth. For several years she made sure Albert attended the Steam Thresher Reunion in Rollag, MN, and Richland Lutheran Lutefisk Dinner. Sue did get a chance to visit Norway where she felt quite at home eating their vaflers, chatting with ladies in the kitchens, and yes, having a cigarette.  Syttende Mai was special day for her which she celebrated at Bethel Lutheran Church in her traditional Norwegian dress.

Sue will be remembered as a kind person with a beautiful welcoming smile who had an amazing work ethic and organizational skills. She took such pride in everything she owned, whether it was an apartment, a house, her cabin or car, everything was spotless from top to bottom and looked as though it had been just purchased. In retirement when asked if she would spend months down south she would respond no, that it was time to follow her grandchildren in their activities. She was so satisfied to have had a reunion for her sisters, brothers and their families at the lakes last summer and have a chance to spend time with all the nieces and nephews.

She was preceded in death by her mother, Lillian “Dicki” and a step-father, Leonard Haman, and her father, Roger.