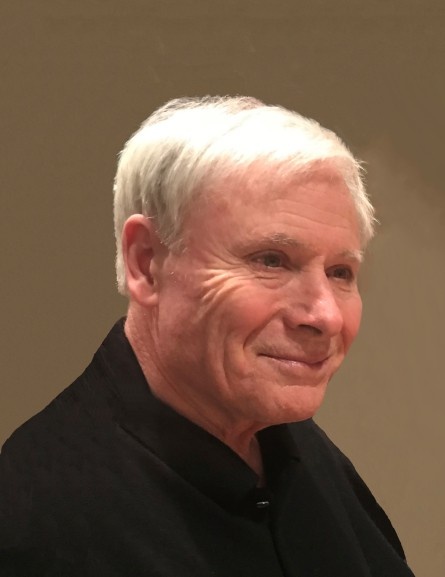 Terry Dohman, 72, of Wahpeton, ND, passed away on Saturday, September 7, 2019 at the Minnesota Veterans Home in Fergus Falls, MN.  Visitation will be held on Wednesday, September 11, 2019 from 5:00 PM to 7:00 PM, with a prayer service at 5:30 PM at Vertin-Munson Funeral Home in Wahpeton.  His funeral service will be held at 10:30 AM on Thursday, September 12, 2019 at Bethel Lutheran Church, Wahpeton, with Rev. Erika Buller officiating.  Burial will be at Fairview Cemetery, Wahpeton.  Arrangements are entrusted to Vertin-Munson Funeral Home.

Terry Lee Dohman was born to Charles and Dolores (Leinen) Dohman on February 7, 1947 at St. Francis Hospital, Breckenridge, MN.  He was raised on the family farm near Campbell, MN.  He attended elementary and secondary school in Campbell, graduating in 1965.  He graduated from the University of Sioux Falls with a Bachelors Degree in Business Administration and from the University of Arkansas with a Masters Degree in Management.

He married his college sweetheart, Gloria Edman, at Scandia Lutheran Church, Centerville, SD, on August 16, 1970.  They were married 49 years.  He joined the United States Air Force in September, and was fortunate to serve in Denver and Germany during the Vietnam conflict.  They enjoyed traveling and took advantage of their time in Germany to take many trips exploring other countries.

Following completion of military service, the couple moved to Wahpeton and Terry joined his father in the family farming business.  The couple were blessed with two children, Robb and Kristin.  Terry was extremely proud of both of them and thoroughly enjoyed supporting their numerous activities throughout school and college.  His love of family and farming framed his life including summertime at Ottertail Lake, fishing in Canada and fall hunting trips.

Terry was a member of Bethel Lutheran Church, Wahpeton. He served the farming community as a board member and as President of the Campbell Elevator and Cenex.   He also served on the MinnDak Sugarbeet Cooperative PAC Board.  But perhaps his favorite board was the Friday board meetings held at the Elks and Prante’s.  He was also a salesman for Pioneer Seed and sold crop/hail insurance.

Memorials may be given to Bethel Lutheran Church, Wahpeton, ND, the NDSCS Dohman Family Scholarship, or the Fergus Falls Veterans Home. Terry's Memorial Folder
To order memorial trees or send flowers to the family in memory of Terry Dohman, please visit our flower store.