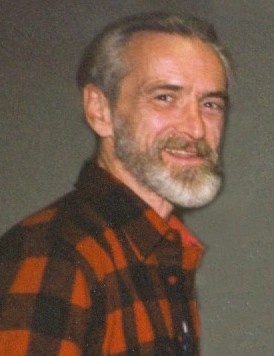 Thomas “Tom” Nolden, 67, of Wahpeton, ND passed away on Monday, April 2, 2018 at Essentia Health in Fargo, ND.  Visitation will be held on Friday, April 13, 2018 from 12:00 pm to 2:00 pm, followed by a celebration of life service at 2:00 pm at Vertin-Munson Funeral Home, Wahpeton, with Rev. Dale Lagodinski officiating.  In lieu of flowers, memorials are preferred to the ABATE Motorcycle Club of North Dakota or the Wahpeton Senior Center Meals on Wheels Program.  Arrangements are entrusted to Vertin-Munson Funeral Home, Wahpeton.

Thomas (Tom) Ervin Nolden was born on July 8, 1950, in Minot ND, to Ervin and Helen (Rice) Nolden.  The family lived in Minot for a brief time.  Prior to elementary school the family moved to Elk River MN and then to Bowdon ND, where he finished school and entered the Army in 1968.  He served at Ft. Bamburg in Germany 6 months, in Viet Nam at Da Nang for 1 year and 6 months at Ft. Carson CO where he was discharged honorably.

When Tom returned from military service and spending some time at home, he met and married Debbie Enderson in May 1973, and started a family.  Tom moved his family to Wahpeton in 1974.  He & Debbie later ended their marriage.  He worked for Wil-Rich and various other places in Wahpeton until starting work for Melroe Bobcat in Gwinner.  He retired from Bobcat in 2009 due to health issues.

Tom truly loved the Wahpeton area and always spoke highly of the community.  He often referred to it as his adopted hometown.  He enjoyed motorcycles, taking many rides over the years around the country on his Harleys.  He also enjoyed reading a variety of subjects especially history.  Tom enjoyed music, coin collecting and he was a great story teller, often weaving the story as he was telling it. Thomas's Memorial Folder
To order memorial trees or send flowers to the family in memory of Thomas Nolden, please visit our flower store.