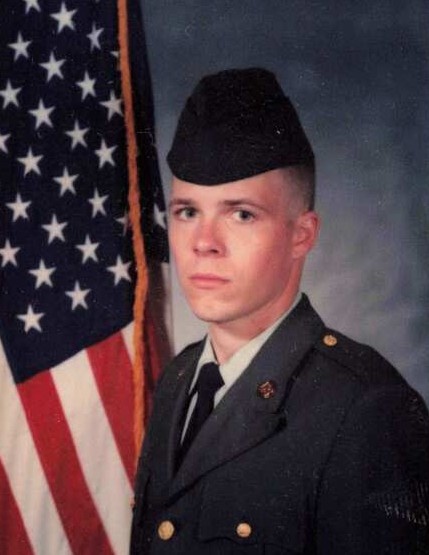 Tim Braun, 49, of Great Bend, ND, passed away on Tuesday, June 8, 2021.  Visitation will be held on Wednesday, June 16, 2021 from 10:00 am to 11:00 am, followed by his Celebration of Life at 11:00 am at Bethel Lutheran Church in Wahpeton, ND.  A live stream of his service will be available on the funeral home’s website.  Arrangements have been entrusted to Vertin-Munson Funeral Home.

Timothy Mathew Braun was born on September 3, 1971 in Breckenridge, MN, to Mathew and Mary (Speidel) Braun.  He grew up near Great Bend, ND, and attended Wahpeton High School where he was involved in wrestling and FFA, raising turkeys and rabbits.  After his graduation in 1990, Tim enlisted in the U.S. Army, specializing as a tank driver.  He completed his basic training at Fort Knox and was stationed in several places across the states.

After his honorable discharge from the Army, Tim moved to Fargo, ND, where he worked in construction and at Fargo Tires for a short while before returning home.  He began his career working as a butcher in Fairmount, ND, and worked in Rosholt and Milbank, SD, before settling at Manock Meats in Great Bend in 2018.

Tim was a one of a kind person and had a knack for being able to make everyone laugh.  He loved his family and took pride in helping his parents out with everything whether it be cutting wood, mowing the lawn, or gardening.  Some of his favorite memories came from the many camping trips that he took with his parents and sister over the years.  In his spare time, Tim enjoyed playing video games, hunting, helping out at the youth fishing tournament on Mooreton Pond, and fishing.  He recently caught a near state record Crappie and couldn’t wait to get it back from the taxidermist.  He was also a member of the Wahpeton Buffalo Club and the Fairmount American Legion.

Tim is survived by his parents, Mathew and Mary Braun, rural Great Bend; his sister, Chastity (Kelly) McLain, Mohall, ND; his nieces and nephews, Kylie, Skylar, and Levi McLain, all of Mohall; and several aunts, uncles, cousins, and friends.

He was preceded in death by his grandparents, Mathew E. Braun, Ramona O’Clair, and Lorin and Rachel Boyer.

To order memorial trees or send flowers to the family in memory of Tim Braun, please visit our flower store.