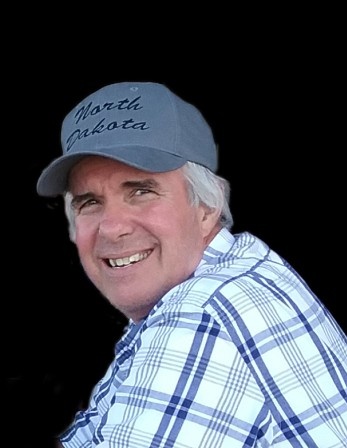 Tommy D. Peterson, age 61, of Wahpeton, ND passed away Sunday, July 5, 2020, at St. Francis Hospital in Breckenridge, MN. Visitation will be held on Thursday, July 9, 2020, from 3:30 PM to 7:00 PM, followed by a prayer service at 7:00 PM at Vertin-Munson Funeral Home. Visitation will continue on Friday, July 10, 2020, from 1:30 PM to 2:30 PM followed by his funeral service at 2:30 PM at Trinity Lutheran Church in Great Bend, ND. Pastor Brock Schmeling will officiate the service. Burial will be at Trinity Lutheran Cemetery in Great Bend. Arrangements have been entrusted to Vertin-Munson Funeral Home.

Tommy Dean Peterson was born in Anacortes, Washington, on February 11, 1959. He was the eighth of nine children born to Kenneth “Cap” and Evangeline (Wolkenhauer) Peterson. He was baptized on April 5th, 1959 at Faith Lutheran Church in Anacortes.

The family moved to Billings, Montana in 1961 when his father was transferred with the railroad. Tom’s father passed away in 1962, leaving a wife and children ranging in ages from 1 year to 19 years old. The family returned to Flaxton, ND, where the older children were born.

Tom was a member of St. Paul Lutheran Church in Flaxton. He was confirmed in 1973. After attending several years of grade school at Flaxton, he went to Burke County Central School in Lignite, ND. He was active in sports; playing basketball, baseball, and track. He graduated in 1977.

After graduating, Tom enlisted in the United States Army in 1980. He was stationed at Fort Leonard Wood, MO, and Fort Riley Kansas. He did a brief tour of duty overseas and was stationed at Tong Du Chon, South Korea. He was discharged in 1983; but continued to serve in the Army National Guard in the 164th Engineer Company. He did several summer tours in Honduras and Jamaica. He left the Guard in the fall of 1991 when his unit in Washburn, ND merged with Hazen, thus making his monthly commute 300 miles each direction.

Tom married Terry Bohn on November 24, 1990 at Trinity Lutheran Church in Great Bend. They made their home near Wahpeton with their children Brian (son of Tom and Okhui (Lee) Peterson); Tristan, Nicole, and Kalen. He was a member of Trinity and elder of 1st English. Tom spent the last 27 years employed at Primewood. He enjoyed hunting, fishing, camping, going to classic car shows, and spending time with family and friends.

To order memorial trees or send flowers to the family in memory of Tommy Peterson, please visit our flower store.