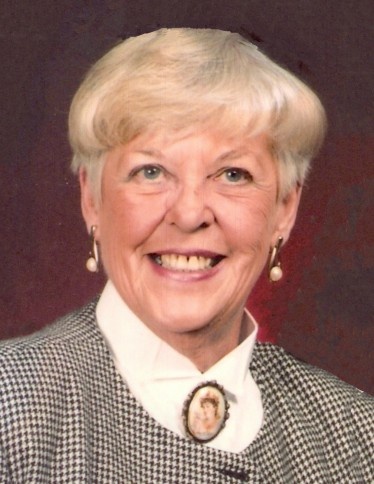 Virginia “Jinna” Irene Gordon Matthiesen, age 90, of Wahpeton, passed away at the Leach Home in Wahpeton on Monday, August 3, 2020.  A visitation will be held Monday, August 10, 2020, from 6-7 p.m. at Vertin-Munson Funeral and Cremation Services, 224 6th St. N, in Wahpeton with a prayer service at 7 p.m. with Rev. Matthew Tooman officiating.

Jinna married the first time to William Jones and together they had three children.

Jinna’s second marriage was to Henry “Hank” Matthiesen. Jinna and Hank enjoyed many years of travel for Hank’s work, visiting family and friends.

She enjoyed a career in media, radio, newspaper, and TV ad agencies in Illinois and Colorado.  Jinna volunteer work included church, hospice, administrative assistant at the hospital and local playhouse theater groups and the symphony association.

Jinna is survived by one son, John (Brenda) Jones, Wahpeton, ND; son-in-laws, Robert Banks and Steve Gursky; and many grandchildren and great-grandchildren.

An inurnment will be held at the Columbarium at St. Matthew’s Episcopal Church, Grand Junction, Colorado at a later date.

To order memorial trees or send flowers to the family in memory of Virginia "Jinna" Matthiesen, please visit our flower store.