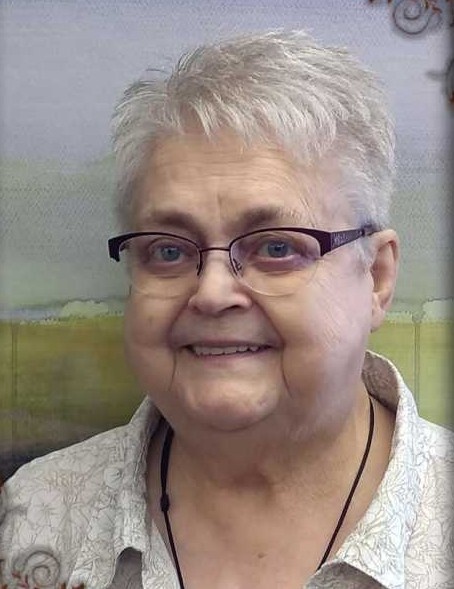 Vivian Anne Pelzl, age 84, of Fargo, ND, formerly of Barney, ND, passed away peacefully surrounded by her family on September 26, 2019, at Sanford Broadway Medical Center in Fargo. There will be a visitation on Wednesday, October 2, 2019, from 10:00 a.m. till 11:00 a.m., followed by the funeral service at 11:00 a.m., at Vertin-Munson Funeral Home Chapel in Wahpeton, ND. Pastor Clark Jahnke will be officiating. Burial will take place at Elk Creek Cemetery in Wyndmere, ND. Arrangements are entrusted to Vertin-Munson Funeral home, Wahpeton.

Vivian was born on January 27, 1935 to Vernon and Rose (Franklin) Watlow in Fergus Falls, MN. She grew up and attended school in Fergus Falls. Vivian was united in marriage to Morris Pelzl on August 11, 1951 at Immanuel Lutheran Church in Fergus Falls. The couple lived and raised their five children in Barney, ND, for 41 years, until Morris passed away. During this time, Vivian worked at 3M in Wahpeton until her retirement in 1992. She continued to live in Barney for a few more years before moving to Fargo.

Vivian had a playful spirit and was known to be a teaser. She was a very giving and generous person. She took much joy in baking for others, especially Christmas goodies. Vivian enjoyed watching game shows and old black and white movies. She delighted in taking car rides to go visit friends and family, or to take a day trip somewhere fun. She also enjoyed embroidery, and spending time with her grandkids and her dogs. Vivian is now in the safe hands of the Lord.

Vivian was preceded in death by her husband, Morris; her parents, Vernon and Rose Watlow; and a sister, Carol Lee.

Vivian's Memorial Folder
To order memorial trees or send flowers to the family in memory of Vivian Pelzl, please visit our flower store.