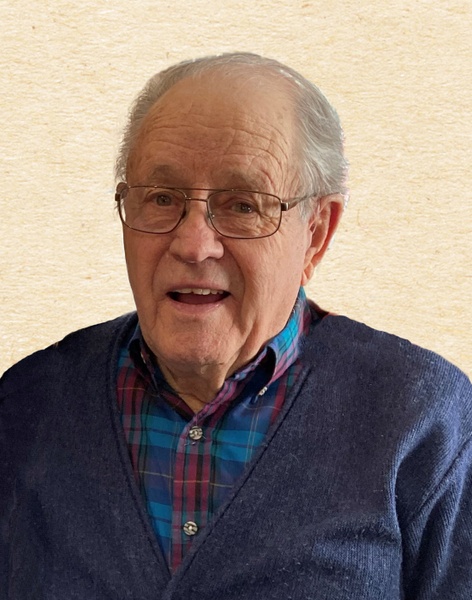 Wayne Haverland, 86, of rural Walcott, ND, passed away on Saturday, May 22, 2021 at Eventide Sheyenne Crossings in West Fargo, ND, under the care of Hospice of the Red River Valley.  Visitation will be held on Wednesday, May 26, 2021 from 5:00 pm to 7:00 pm at Vertin-Munson Funeral Home, Wahpeton, ND.  Visitation will continue Thursday, May 27, 2021 from 1:00 pm to 2:00 pm, followed by his funeral service at 2:00 pm at Zion United Methodist Church, Walcott, ND, or 4 miles West of Colfax, on County Road 4.  Burial will follow the service at Zion United Methodist Cemetery.  A live stream of the funeral service will be available on the funeral home’s website. In lieu of flowers, donations can be made to the Zion United Methodist Church remodeling fund.  Arrangements are entrusted to Vertin-Munson Funeral Home.

Wayne Bruce Haverland was born on May 10, 1935, the only child to George and Mae (Burtness) Haverland in Fargo, ND.  He grew up on his dad’s farm near Walcott and began working at a young age. He rode his horse to and attended the Ista School through the 8th grade. Wayne then continued to work on the farm performing chores, helping in the field, and with cattle.

Wayne was united in marriage on September 28th, 1956 to Anna Jakobsen in Wyndmere, ND.    They moved to Wayne’s grandfather’s farm where he continued to farm and raise cattle. Wayne and Anna were blessed with three children, Michael, Steven, and Daniel.  Eventually his three sons joined him in the farming operation. The couple enjoyed attending their children’s activities, spending some time in the winter in Arizona, and some weekends on Lake Melissa near Detroit Lakes, MN.

Wayne was a generous and hard-working man with a great work ethic.  He taught his children by example.  He enjoyed reading the newspaper, farm magazines and Louis L’Amour novels. One of Wayne’s greatest attributes was the ability to strike up a conversation with anyone. Wayne especially enjoyed and loved his grandchildren and great grandchildren.  He was a faithful member of Zion United Methodist Church.  Wayne also served as a Colfax Township Supervisor for many years.

To order memorial trees or send flowers to the family in memory of Wayne Haverland, please visit our flower store.