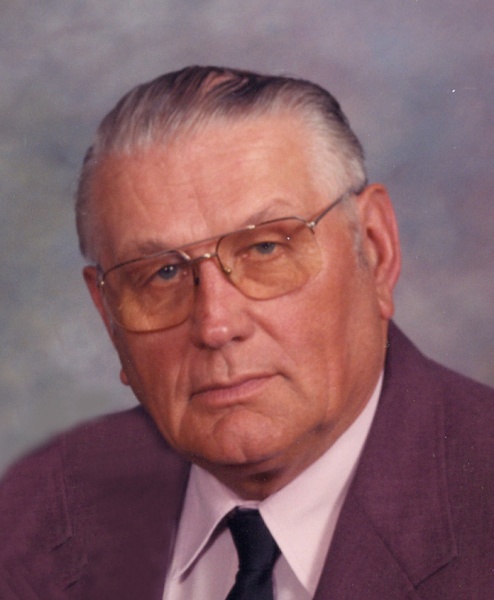 Willard Onchuck, 83, Wahpeton, ND, passed away Tuesday, October 31, 2017, at St. Catherine’s Living Center, Wahpeton. The Funeral Service will be 10:30 am, Monday, at Immanuel Lutheran Church, Wahpeton, with Rev. Matthew Tooman officiating.  Visitation will be Sunday, from 3 PM to 6 PM at Vertin-Munson Funeral Home, Wahpeton and one hour before the service at the church on Monday. Interment will be at Fairview Memorial Gardens, Wahpeton. Arrangements are entrusted with Vertin-Munson Funeral Home, Wahpeton.

Willard Eric Onchuck was born March 27, 1934, near Mantador, ND, the son of Peter and Margaret (Lenz) Onchuck. The family moved to rural Wahpeton where Willard grew up and attended rural school.  He worked several years for Rogers Hatchery and Texaco Station while farming. Willard was united in marriage to Mavis Matt on May 6th, 1951 at Immanuel Lutheran Church. The couple raise five beautiful children: Mae, Susan, Tammy, Kevin and Daniel.  During his farming, Willard also was a Pioneer Seed Representative for fifty years, was one of the investors for in Midwest Bean Co. in Barney and a board member for Richland Oil Co-op and Center Township. He recently entered St. Catherine’s Living Center.

Willard was a member of Immanuel Lutheran Church. He had a quick and a good story teller with a sincere smile. He enjoyed woodworking, dancing, and collecting toy tractors.

He was preceded in death by his parents, a brother, Gerald, sister-in-law Edna Onchuck, a brother Hans Lenz; sister-in-law, Maria Lenz and brother-in-law, Louis Krueger; and two grandchildren. Willard's Memorial Folder
To order memorial trees or send flowers to the family in memory of Willard Onchuck, please visit our flower store.