Our staff is comprised of dedicated and licensed professionals with the experience to answer all your questions regarding our services. Please feel free to contact any of our staff members at any time.

Lance was born in Oakes, North Dakota, where he graduated high school in 2010. He attended North Dakota State University for two years before attending Des Moines Area Community College. Lance graduated with his degree in Mortuary Science in October 2013.

After serving his Funeral Director Apprenticeship in Oakes, Lance worked as a licensed Funeral Director at Spitzer-Miller Funeral home in Aberdeen, South Dakota. He joined Vertin-Munson and Joseph Vertin and Sons in October of 2015.

Lance is a member of the Optimist Club in Wahpeton, and in his personal time, he enjoys hunting, fishing, golfing, riding motorcycle, snowboarding, and coaching youth wrestling.

Simone grew up in Minneapolis, MN, where she graduated from Patrick Henry High School in 2013. She received her degree in mortuary science from the University of Minnesota in May 2019.

For five years, Simone has served as a petroleum Supply Sergeant in the Minnesota Army National Guard. She earned second place in the Minnesota Best Warrior Competition and graduated with honors on the Commandant's List from the Basic Leader course at Fort Dix, NJ.

Simone also values the experience she gained previously working with children as a preschool teacher and swimming lessons instructor.  During her time as a lifeguard, she received the Hennepin County Sheriff's Office's Commendation Award for saving the life of another on April 7, 2012.

A favorite pastime of Simone's is training and walking her rescue dogs, Razzle and Roshi. She is in the process of becoming certified through Catch Canine Dog Trainers Academy to help others train their dogs in basic obedience.

Simone is thankful for the warm welcome she has received from everyone in Wahpeton and Breckenridge and looks forward to building meaningful connections with the people she serves. 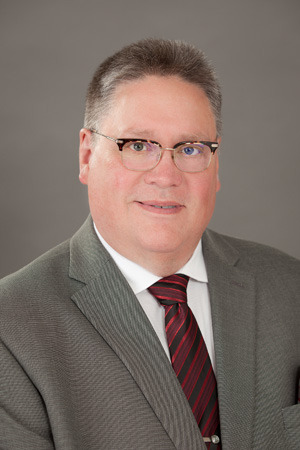 Michael McIlheran grew up in Fremont, Nebraska and attended the University of Nebraska-Lincoln and Simpson College, Indianola Iowa.  He also has a Masters of Divinity from the American Lutheran Theological Seminary in Edina, MN.

After serving as a paramedic/fire chief in charge of EMS for 27 years, Mike went to work in the Twin Cities working for a company that transported for 40 funeral homes and for the Ramsey County Medical Examiner's Office, in addition to serving as a Lutheran pastor in Menahga and Sebeka.

Eventually, Mike realized all of his life experiences were preparing him for work in the funeral homes.  He graduated with a degree in Mortuary Science from Des Moines Area Community College and served a one-year apprenticeship in Walker, MN and a one-year internship at Glende-Nilson Funeral Home in Fergus Falls.

Michael is married to Myla Worden of Fergus Falls. He has 5 children, 2 step-sons, and 5 grandchildren.  In his spare time, Mike enjoys travel, flying as a private pilot, camping, photography and making candles.

The defining moment in his life was the loss of his wife, Brenda, age 39.  "That moment taught me the importance of those in the funeral profession and how they can assist families in getting through their loss and moving on to a "new normal."

Renee grew up on a farm near Mooreton, ND. She graduated from Wahpeton High and then attended NDSCS.   She joined the staff at Vertin-Munson in the fall of 2018 and takes pride in being part of such a caring family.  After working in the printing industry for the last 20 years, Renee finds helping families create personal and meaningful tributes for their loved ones very rewarding.

Renee enjoys walking, reading, gardening and bonfires with family and friends.  She lives in Wahpeton with her husband Bob, together they enjoy spending time with their three grown children and six grandchildren.

Craig grew up in Wahpeton and graduated from Wahpeton High School. He earned degrees from North Dakota State College of Science and Northern State University in Aberdeen, SD. Craig was employed by First Bank Systems in Aberdeen until 1978. Due to his father's illness, Craig returned to Wahpeton, and he and his two brothers managed their family business, Caspers Seven Levels of Home Furnishings. While working as a buyer for the furniture store, Craig met several individuals in the furniture industry who were also licensed funeral directors, and they encouraged him to consider the rewarding and meaningful life of a funeral director.

Craig graduated with a Bachelor of Science from the University of Minnesota in 1987 and began serving families at Vertin-Munson soon after. He was mentored in the profession by Bernard "Bun" Munson, who had managed the business for 27 years.

While Craig enjoyed his career in banking and furniture, he has found the work of being a funeral director as the most rewarding and fulfilling. Because he grew up in Wahpeton and is familiar with so many families in the community, Craig is able to develop a close, personal experience while serving the Wilkin-Richland area.

Craig has discovered through his funeral director experience that although life does not always follow a plan, it is through caring for others and having compassion for those grieving that helps all of us get through difficult times. Craig values spending time with his two children and five grandchildren. His wife, Sue, passed away in 2019.

Elaine has been working with families at Vertin-Munson since 1999. She is a graduate of Hillsboro High School, the University of Minnesota-Moorhead, and North Dakota State University. Elaine retired in May, 2007, after 34 years of teaching. She has been interested in counseling for most of her teaching career and has written grants to acquire training in the field for teachers to use in their own classrooms. She later went on to gain a master's degree in counseling in 1994 and was licensed as a counselor in North Dakota in 1995. Having experienced many losses in her own life, working in funeral service was a natural progression for her.

What Elaine likes best about her position is meeting so many wonderful families and sharing their grief as she gets to know them. She does much of her aftercare work by phone and written correspondence, but she loves meeting with family members for coffee and making home visits, including visits to nursing homes where a surviving spouse or parent may reside.

Elaine states, "Families are so grateful for the smallest kindness at this very difficult time, which makes my work very gratifying.  I never want to intrude on family's privacy, so I take the time to provide a level of support that the family wishes, and that may be purely social or none at all.” Elaine believes education in the grief process is also very important since sometimes just knowing what's ‘normal’ when grieving is such a reassurance to a surviving loved one.

Elaine and her husband, Terry, live in Wahpeton, where they are active members of St. John's Catholic Church. She enjoys gardening, walking outdoors, reading, continuing education, and traveling. Elaine has also worked part-time as an addiction counselor and has been doing volunteer crisis counseling in the areas of domestic violence and sexual assault for Three Rivers Crisis Center since 1995. Over the years, she has been a member of several teaching and counseling organizations.

Brenda was raised in Mooreton, ND, and is the youngest daughter of Wayne and Janice Ward. After graduating from Wahpeton High School in 1986, Brenda attended NDSCS and Moorhead State University for business administration. She has worked in human resource/office administration jobs for the past 30 years. Her last position was at Dow AgriSciences in Breckenridge, where she worked for 19 years. Brenda lives by Mooreton with her husband, Troy, who farms in the area. Together they have two grown daughters, Sydney and Madison, who are both attending college to pursue the nursing profession, and a teenage son, Logan, who attends Wahpeton High School. In her personal time, Brenda enjoys spending time with her family and friends.

Brenda is excited to be a part of the funeral home business and to serve families as a preplanning specialist. She is dedicated to learning about and sharing the many options families have for making funeral arrangements in advance as a gift to their loved ones.

We care and we’re here to serve you. We are committed to helping families who are mourning a loss. During the COVID-19 outbreak, we are able to conduct services within current guidelines, and we have options available that will allow your family and friends to say goodbye in the most meaningful way possible. If you have any questions at all, please don’t hesitate to contact us.

We stand ready to assist you. If a death has occurred, please call us on the number below: